Join up to edit this article or to create one yourself. It takes just a moment and it's free

How to use this wiki site

Learn more about how this wiki works here.

The business of Taylor & Forgie has not always borne that name and they were not always funeral directors.

William Stephen Taylor was about thirty years of age in 1855 when he began the business Taylor & Ponder, carpenters and builders, in partnership with John Ponder. In 1865, Ponder moved to Kapunda and a new partnership between Taylor and Alexander Forgie was formed. This is when the business known as Taylor & Forgie was founded. Some time after this (possibly in the early 1870s), Taylor and Forgie extended their business to include undertaking in addition to carpentry and building.

After the retirement of W S Taylor in 1882, he was replaced in the business by his brother Henry Charles Taylor. The partnership between Taylor and Forgie was dissolved in 1901 after the death of Alexander Forgie and at that time his two sons, Alexander Philip Forgie and James Forgie took over the operation of the business. The Taylor and Forgie horse drawn hearse was made by Blake Coach-builders in Balaklava.

Taylor & Forgie were the most active builders and carpenters in Gawler during the latter half of the nineteenth century and into the twentieth century. They built numerous houses in Gawler and were responsible for substantial additions to the Gawler Institute, the Police Station, the Old Spot Hotel, Taylor Brothers Butter factory and Sheard's Drapers (Essex House). As undertakers, Taylor & Forgie were responsible for the burial of many of Gawler's prominent residents such as James Martin (1899), James Pile (1885), David Fotheringham (1898) and Thomas Mankey (1872). 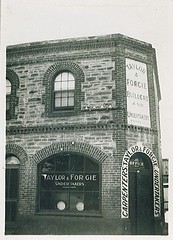 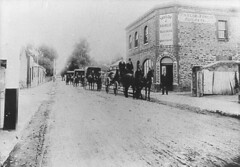 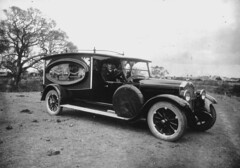 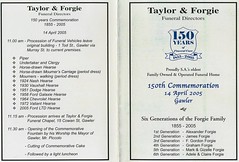 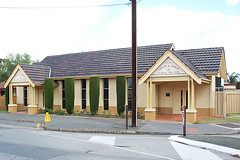 Do you remember Taylor and Forgie Funeral Directors ? Then Join up and add your memory here.

This page was last modified on 5 January 2018, at 11:42.Text on this site is available under the Creative Commons Attributions/Share Alike licence; additional terms may also apply. See our Terms of Use.
About Now and Then | Places | People | Events | Organisations | Things | Contact us